It’s autumn in beautiful Stratford-Upon-Avon and Kelsey Anderson is enjoying her new life in her adopted town. Her Shakespearean tour guide days behind her, she’s now opened her own photography studio and loved up with boyfriend Jonathan – even if a long-distance relationship is sometimes lonely.

When best friend Mirren Imrie moves down from Scotland, Kelsey is delighted to have her friend at her side – and as the nights turn colder, Mirren throws herself into dating, until she finds herself growing closer to sexy journalist, Adrian Armadale. But when Mirren uncovers a long-buried scandal while working at the local newspaper, her big scoop might throw Kelsey’s – and Jonathan’s – life upside down. Will she choose her career over her friends’ happiness?

And when Jonathan returns from America and discovers the secrets Mirren has uncovered about his family, it throws his relationship with Kelsey onto shaky ground. Can they find their way back to love, before it becomes the winter of their discontent? 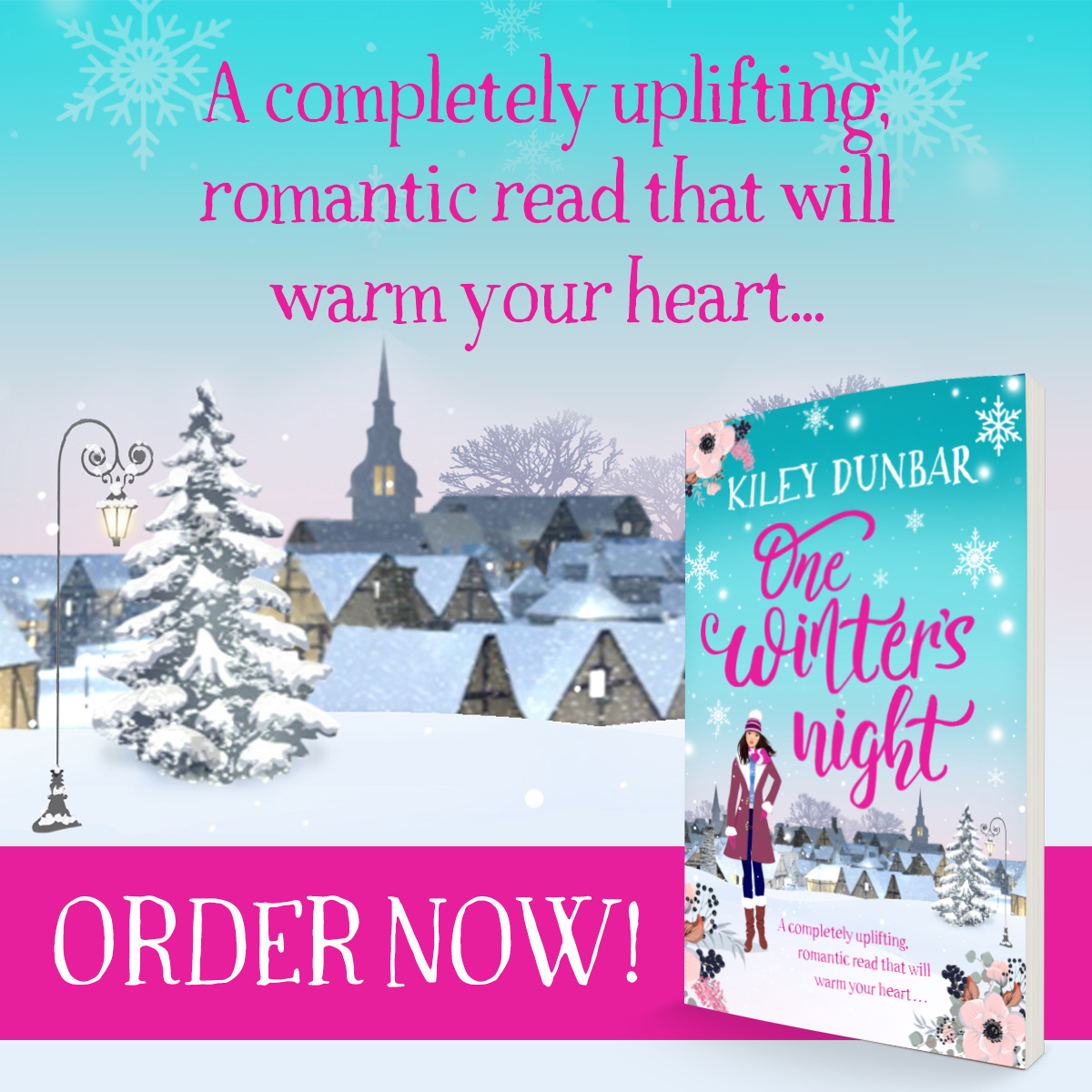 I can’t even begin to explain how exciting it was to return to Stratford-Upon-Avon during the Christmas period, after first being introduced to the gorgeous town and our leading lady Kelsey, last year in One Summer’s Night. I couldn’t wait to dive in to book two to find out what Kelsey was up to since we had last heard from her, including how her photography business was going and how her gorgeous actor boyfriend, Jonathan was keeping.

This time round, Kiley takes us further in to the life of Mirren, Kelsey’s best friend. Tired of working around misogynist behaviour and never getting credit for the hard work she has put in to her job, Mirren finally see’s that she is worth a heck of a lot more than that and decides to take herself on a brand new adventure. Seeing Kelsey’s life in Stratford-Upon-Avon, it’s safe to say anybody would want to move there in a heartbeat, given the chance and Mirren’s new life could be sat waiting for her there, if she would just allow herself to open up to new opportunities, and even love.

Mirren’s story-line was so intriguing, especially when it comes to being a journalist. You’re always going to be looking for every bit of news you possibly can and Stratford-Upon-Avon definitely had some juicy news worth sharing… until it all leads back to your best friend’s partner, then you’ve got a real problem on your hands. Is anybody willing to destroy relationships/friendships for a news story that would blow peoples minds? Mirren was an all round, amazing woman. She was strong, grounded and always had Kelsey’s back, no matter what. Her only downfall was relationships and after a heart-breaking past with her ex-boyfriend, her heart was in no state to open itself back up to another. Her past mistakes had forced her to believe she wasn’t worthy of love and that she would be terrible at it – until she had the pleasure in meeting Adrian Armadale.

Adrian Armadale was as charming as ever and being a fellow journalist himself, he and Mirren had plenty to talk about and easily connected on that level. He was actually extremely forward when it came to Mirren and some may find that annoying in men, however, he sure went about it the right way and could easily make you swoon. Like Mirren, I was hesitant about him being a journalist, especially when he has no friendship with the people involved in the news that could change and hurt their lives. Journalists will eat up any news they can, especially when they’re in need of saving their career and I think my own personal trust issues came out throughout this story, because I was keeping Adrian at arms length at first too!

Just like last time, Kiley brought the whole of Stratford-Upon-Avon and her characters to life, this time round, during the Christmas holidays. It was so lovely to be reunited with familiar places and faces, catching up with everyone and what life had in store for them since we last heard from them in the Summer. Again, it made me fall head over heels in love with everything about this place and I really need to visit at some point in my life. It sounds too gorgeous of an opportunity to miss out on!

Not only does Kiley treat us to Mirren’s new journey, but she also treats us to a whole bunch of catching up with Kelsey and wow, does she have a lot of things on her plate this time round! Her photography set up isn’t succeeding as much as she had hoped by this point and she is managing a long-distance relationship, along with helping her best friend settle in to her new life. I absolutely adored her new found friendship with Blythe and now have an extreme craving for gin jam! I couldn’t wait to also see how Kelsey and Jonathan’s new relationship was blossoming. There’s nothing more comforting with books, than returning to see how some of your favourite characters are doing and that they’re getting their happy ending. That’s not to say Kelsey and Jonathan don’t go through ups and downs, but they are truly meant to be!

Thank you, Kiley, for taking us to Stratford-Upon-Avon once more – it is a dreamy and magical place that will be admired by everyone, after your stunning descriptions! One Winters Night, is the perfect cosy, go-to romantic read during the Christmas holidays, so grab a mug of hot chocolate, wrap yourself up in a fleece blanket and let yourself be whisked away to Scotland for an adventure you are bound to love!